ENVÍO GRATUITO FabricBike Folding is a great and versatile...

FREE SHIPPING The fastest machine we have developed, a...

FREE SHIPPING The step-city bike model of always but improved....

Although with a last-minute change of equipment, or Andres better said (the adventure began with another Andrés), the destination, and the motive remain the same, shoot the 403 kilometers that separate the coastal city of Gijón from Santiago de Compostela Through a unique route for the occasion in fixed gear, with as much road as off-road, but behind this there is a social background and a documentary, and this adventure will be recorded in documentary format with the experiences of these two intrepid riders and the wise encouraging words of those and those who are on the road, and is that behind the sporting milestone, because pass by the famous port of Ventana with the well-known Angliru in fixed gear, has merit, this equipment hides a good excuse to make this Camino de Santiago a before and after in their lives, as a reflection to keep rolling down the road of truth always pedaling despite the circumstances, the road or of life. 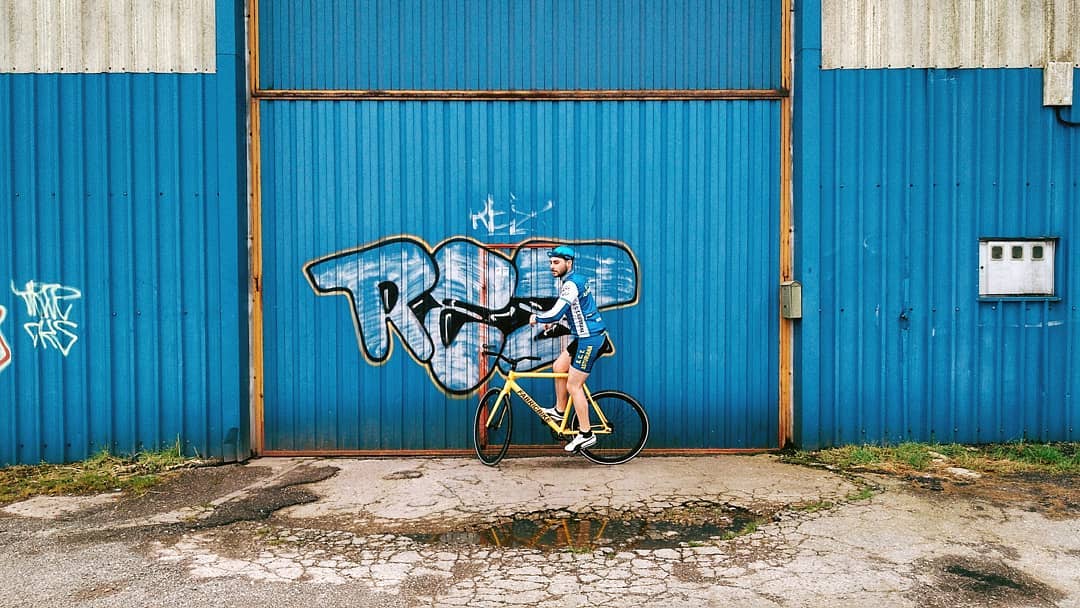 The project could not be taken with less enthusiasm than work, so the team from Gijon has been following a weekly training route as well as participation in various sporting events, among which a criterium soon awaits them. To the list of supports have been added our friends of 30 Días en Bici and the coastal workshop of Ciclos Esplendor from where Ramón, owner and mechanic has lent a hand with the Fabric Light in its set-up and customization for the occasion. Covers Marathon gravel, seat aero touring Adrenaline R Valencia Essax and choice by Pablo Cinelli track handlebar complete with a hard development 52x16 the most physical part of the adventure.

A few months ago, as you can see in the video about these lines, the components of 403GAL were on the regional radio of Asturias explaining part of the background of this adventure, if you want to know more about the route, about their training or about the progress of their adventure, or soon on his documentary, do not fail to be attentive to our social networks like those of 403GAL.